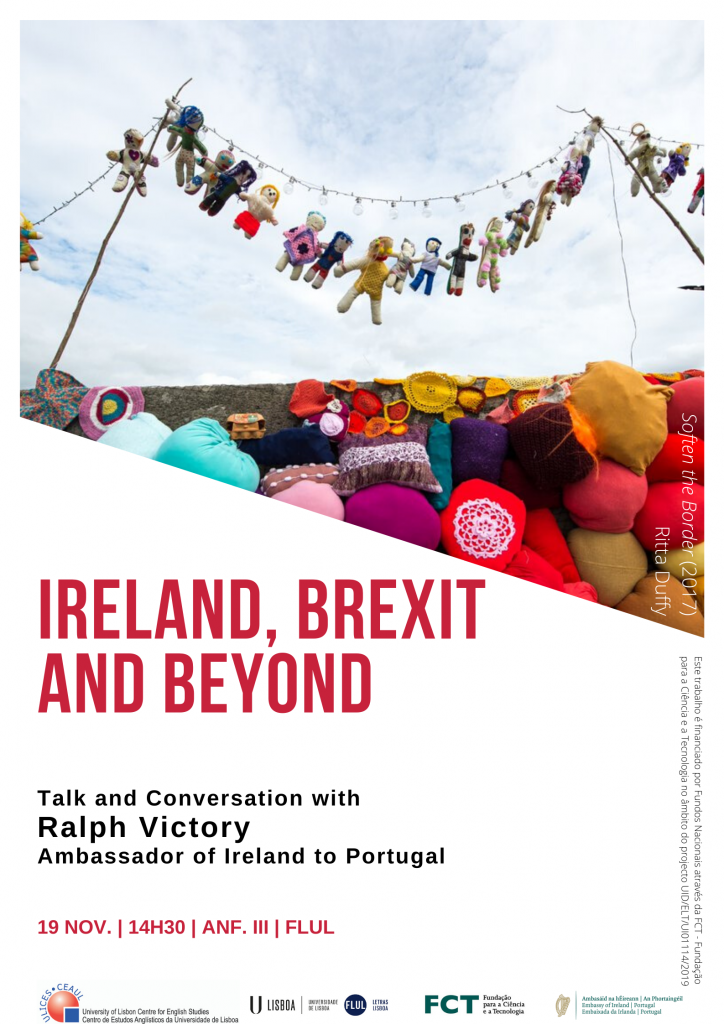 ULICES Research Group 4 – Other English-speaking Literatures and Cultures invites you to attend a talk on Brexit and Ireland by H.E. Ambassador of Ireland to Portugal, Mr. Ralph Victory.

Ralph Victory presented his credentials as Ambassador of Ireland to the Republic of Portugal to H.E. President Marcelo Rebelo de Sousa on 17 September 2019. He previously served in various roles at the Department of Foreign Affairs and Trade in Dublin, at Ireland’s Embassies in Washington D.C. and Warsaw and at Ireland’s Permanent Representation to the E.U. in Brussels.