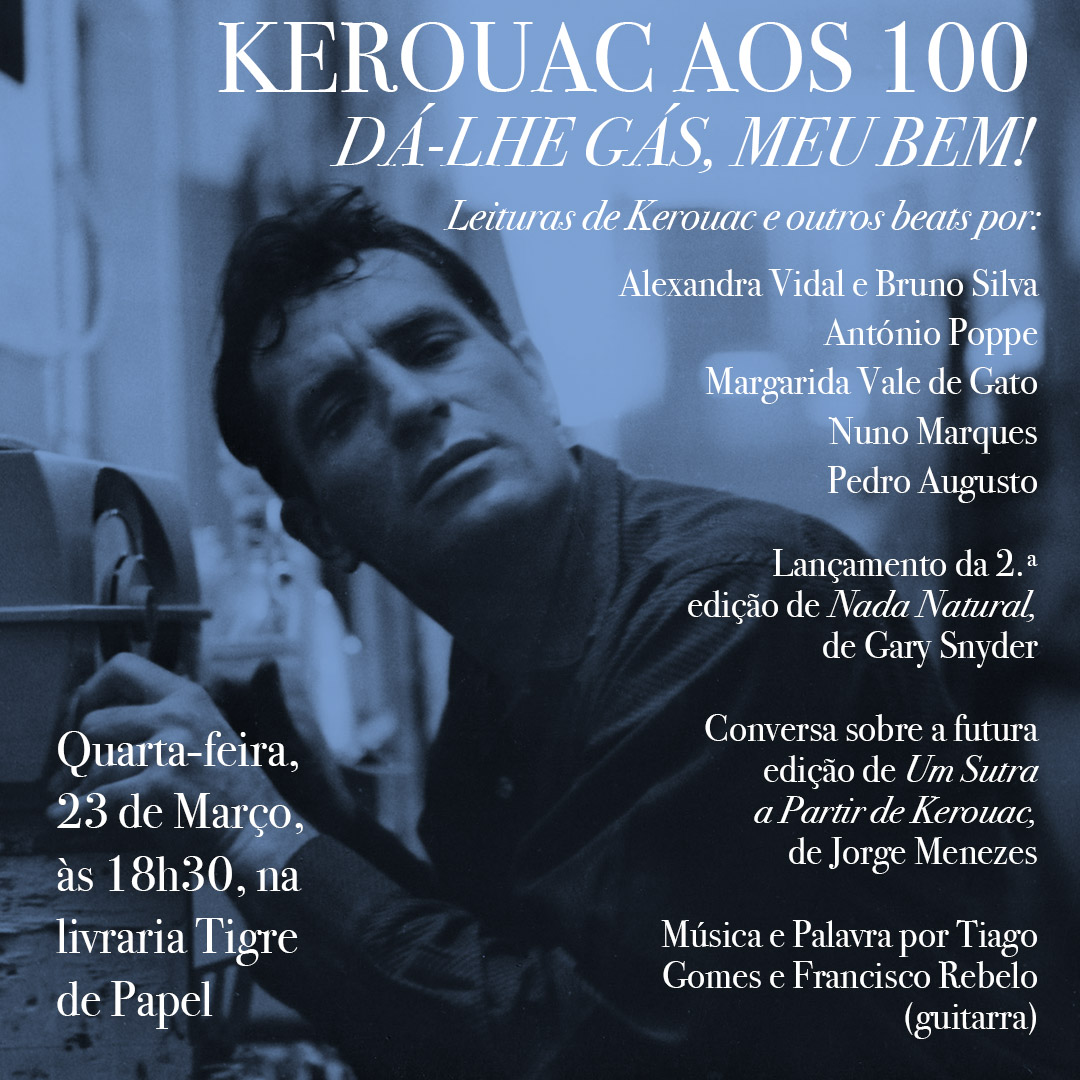 In a partnership with ULICES, we mark the 100th anniversary of the birth of Jack Kerouac.

The event will take place on March 23, at 6:30 pm, at Livraria Tigre de Papel and will feature the following initiatives:

Kerouac readings and other beats by:

Launch of the 2nd edition of Nada Natural, by Gary Snyder.

Conversation about the future edition of Um Sutra from Kerouac, by Jorge Menezes.

Music and Word by Tiago Gomes and Francisco Rebelo (guitar).